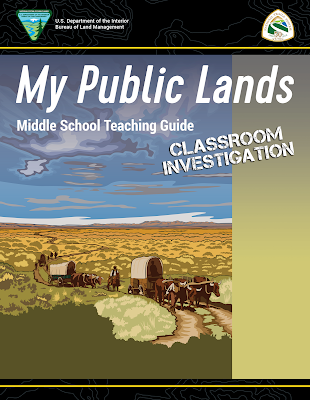 In honor of the 50th Anniversary of the Trail System Act, the Bureau of Land Management has created a teaching guide about National Scenic and Historic Trails.

Although these three lessons were designed with middle school in mind, they can also be used with upper elementary and high school students. Common core curriculum connections include english/language arts and social studies.

Check out the teaching guide, and be sure to let us know if you put it to use!

By Jim T. RyanStaff Writer
Driving Route 850 from Marysville to Shermans Dale will take you past a crossing for the Appalachian Trail (AT) on the footpath's meandering course through Perry County.
There, the white blazes mark the AT's path through fields and patches of trees, and a small parking area for hikers to step off from in Rye Twp.
A group of Susquenita Middle School students have made that parking area a little brighter with a bottle cap mosaic depicting a rising sun, mountains, trees and the AT symbol.
"I've wanted to do a bottle cap mural for a long time and this seemed perfect," said Abby Fisher, a Susquenita art teacher who designed the mosaic and helped students put it together.
Six students in the life skills class, together with about 10 other middle school students and their teachers spent much of last school year collecting, sorting and arranging the various colored caps and lids from sodas, sports drinks, and coffee cans.

The project was more than just taking trash and turning it into a picture, the teachers said. It helped all the students in a wide variety of academic and social skills.
"The art was secondary to the social aspect of this for the students," Fisher said.
Jeff Henry, the life skills teacher, said it really helped his students work on cooperation and communication skills.
Paul Marth, a Susquenita social studies teacher involved with the project, said working on an art project that would be featured at an AT trailhead fit in with his curriculum too. The trail runs close to the Susquenita campus in Duncannon and is an integral part of local and U.S. history.
"Our kids drive by it every day," he said.
Marth also is an avid hiker and was in contact with the Appalachian Trail Conservancy and Mountain Club of Maryland, a volunteer group that helps maintain part of the trail in Perry County. They wanted to do something creative with the back side of the message board, Marth said.
So he said, yes, the middle school could help.
The teachers paid for the hardware materials and they asked for donated bottle caps. The students sorted them, painted the board and used screws to fasten the approximately 1,000 caps to the board.
"They don't get to use power tools often, so that was really cool for them," Henry said.
The students took a class trip with their teachers on Sept. 29 to visit their art, now installed at the parking area along Route 850. And they confirmed their teacher's assessment: power tools -- awesome.
The best part was "sorting out the colors and using the drills," said student Austin Ciccocioppo.
"My favorite was the colors," student Delorean Michael said.
"Using the drills," student Codie Nelson said, laughing, when asked about his favorite part of the project.
The project is precisely what trail groups were looking for to spruce up the message kiosk at the parking area.
"It's sweet to look over my shoulder and see all that color while I'm mowing the parking area," said Christy Hoover of Carlisle.
Hoover is a volunteer with the Mountain Club of Maryland who has been helping to maintain the trail and parking area for the past 10 years.
"One of our goals is to get kids engaged with the trail and this is a great way to do that," said Ryan Seltzer, the corridor stewardship program manager with the Appalachian Trail Conservancy in Boiling Springs.
The high visibility of the mural will be a welcome sight to hikers coming off the AT, he said.
A plaque is being made that will be attached to the kiosk and identify the mural as a project of the Susquenita Middle School students.
Everyone -- most importantly, the students -- will take something away from the project, teachers said.
"The kids are going to know it'll be there for a while," Fisher said, "and they can take pride that they were involved."
Jim T. Ryan can be reached via e-mail at jtryan@perrycountytimes.com
Article link: https://www.pennlive.com/perry-county-times/index.ssf/2017/10/students_decorate_appalachian.html
Posted by julie judkins No comments: 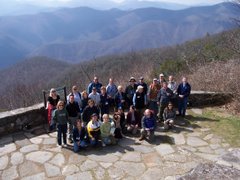 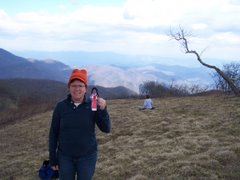